BRICE- Interactions between European Union and China regarding the Belt and Road Initiative: Perspectives and Practices in Central and Eastern Europe 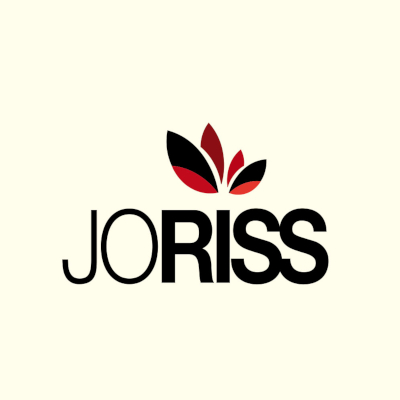 Dr Emmanuelle Boulineau is associate professor in political geography at the ENS de Lyon, UMR EVS. She obtained a PHD thesis in 2003 dedicated to administrative reforms in Bulgaria at the Université Paris 1 Panthéon-Sorbonne and defended in 2016 a habilitation thesis concerning the territorial cooperation between the European Union and Central and Eastern Europe.

She has 20 years experience of research in Central and Eastern Europe (Bulgaria, Romania, Croatia, Ukraine…) in the framework of international and national projects such as ESPON ITAN (European commission program) on the relationships between the EU and its neighbourhoods or ANR MAILLE concerning policies against poverty in Europe. Dr Emmanuelle Boulineau has published in English, French, Russian and Ukrainian, and has produced in-depth analysis on territorial cooperation, external EU policies, and europeanisation. She is involved in several academic networks regarding Central and Eastern Europe (GDR CNRS 3607 Understanding Central Europe; CIST Research Federation). Dr. ZANG Shumei is a research fellow in the Centre for European Studies and in the Centre for Central and Eastern European Studies which are attached to the School of Advanced International And Area Studies in East China Normal University. She obtained her PhD. in Geography from Ecole Normale Supérieure de Lyon (ENS Lyon) and her PhD. in Judicial Science from East China Normal University（ECNU）in 2009. She works on the EU’s Regional Policy (and the comparison and cooperation between this policy and the Chinese Regional Policy) for more than 14 years. She works also long time on the European integration issues, such as the migration issue and the multiculturalism in Europe. She has organized 13 International Conferences on Sino-France Culture and History, and several other big international conferences. She has taught graduate courses on Comparative Studies on EU’s Regional Policy and Chinese Regional Policy in ENS Lyon and in ECNU. She has also taught graduate courses on Political Sciences and History of International Relations. She has been visiting scholar in many European universities and institutes. She speaks fluently French and English.

According to the Chinese government, the Belt and Road Initiative (BRI) launched in 2013 is a systematic project, which should be jointly built through consultation to meet the interests of all, and efforts should be made to integrate the development strategies of the countries along the Belt and Road. It is conceived as a way for win-win cooperation that promotes common development and prosperity and as a road toward peace and friendship by enhancing mutual understanding and trust, and strengthening all-around exchanges. The Silk Road Spirit is named as “peace and cooperation, openness and inclusiveness, mutual learning and mutual benefit” and there are five principles of peaceful coexistence: mutual respect for each sovereignty and territorial integrity, mutual nonaggression, mutual noninterference in internal affairs, equality and mutual benefit, and peaceful coexistence. The BRI is born in the age of globalization which features inclusive cooperation and is not about geopolitics and should not be reviewed by outdated cold war mindset.

On the 18th September 2018, The European Union (EU) launched building blocks of the strategy for connecting Europe and Asia based on four pilars: enhancing connectivity as development lever, building cross-border networks, developing bilateral partnerships, and promoting sustainable and fair financing of investments. The EU has immediately underlined that “European Union and China share an interest in making sure that our respective initiatives work well together” in order to specify that its strategy is not a counter-plan to BRI.

By enhancing such initiatives in a globalized world, China and the EU appear as global powers placing their respective strategies in the field of cooperation and not in that of competition. This leads to our main objective: going beyond discourses, our project aims at addressing perspectives and practices of Both China and EU regarding the BRI in Central and Eastern Europe. The focus on the BRI aims at exploring the following hypothesis that this Chinese initiative is filling the gaps of declining European investments in Central and Eastern Europe after the 2008 crisis.

By perspectives, we state that it is necessary to deconstruct the discourses of cooperation versus competition coming both from China and EU. This issue is related to an overall geopolitical perspective: How to describe forms, means, and intentions of new powers such as China and EU?
By practices, we address the above question by in-depth country case studies and a cartography of forms of cooperation versus more conventional forms of competition. By analyzing precisely the elements of interactions between EU and China on the ground we will complete the existing literature.