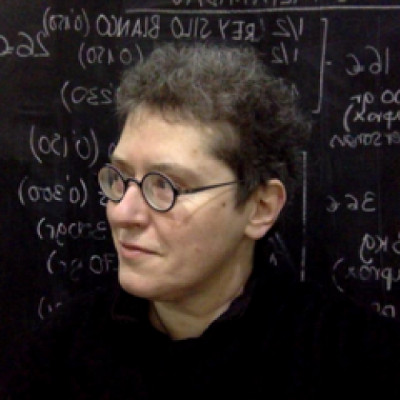 After studying at the University of Fribourg (1982-86), Lorenza Mondada worked as an Assistant for the universities of Lausanne, Fribourg and Neuchâtel and as a researcher on several projects in Linguistics and humanities. After a year of specialization in Paris (1991-92), she defended her PhD thesis in Lausanne in 1994. A researcher and visiting professor in California (Berkeley, 1996), Brazil (Campinas, 1996 and 2001), France and Germany, she taught as an Assistant Professor at the University of Basel from 1996 to 2001. She obtained her accreditation to supervise research and for four years led a research project on "interactive construction of scientific discourse in plurilingual situations" (request FNRS No. 1214-051022.97). She won the national Latsis Prize in 2001. She led the ICAR laboratory – (ENS de Lyon) from January 2007 to December 2010. Since January 2012, she has been a professor at the University of Basel.

Lorenza Mondada's research aims at developing interactional linguistics inspired by conversational analysis and ethnomethodology. Her analysis focuses on interaction as it is observable in a wide variety of social contexts-from ordinary conversation to professional and expert interactions, from exchanges in institutional settings to scientific discussions, from verbal face to face interaction through new technologies, and from endolingual conversations to plurilingual and intercultural communication, taking into account specific speech, gestures, artifacts and spatiality of these activities.

Her interests focus on the relationship between grammar, organization of interaction and social action, on the articulation between interactional practices and cognition in action; on the constitutive dimension of language and interactional practices in the fulfilment of facts, events and social relations. Her work has strong interdisciplinary relations with other areas of the humanities and social sciences, in particular with the social studies of science, workplace studies and urban studies. Her approach focuses on ethnographic field surveys, audio and video recording of activities in their emerging social context, careful transcription of speech-in-interaction details as well as gestures and movements — indispensable prerequisites for a sequential analysis of inter-action.

Since September 200, she has been Professor of Linguistics at the Université Lumière Lyon 2, while continuing to collaborate with many universities and research centers, thanks to academic sojourns at the Universidade Estadual de Campinas (2001, 2006), the Instituto Nacional de Antropología e Historia Mexico (2003), King's College London (2004), Universitat Pompeu Fabra and Universitat Autonòma Barcelona (2004, 2006), Max Planck Institute for Psycholinguistics Nijmegen (2005), Helsingin Yliopisto (2006).

Senior member of the Institut Universitaire de France in 2010

Honorary doctorate from the University of Linköping