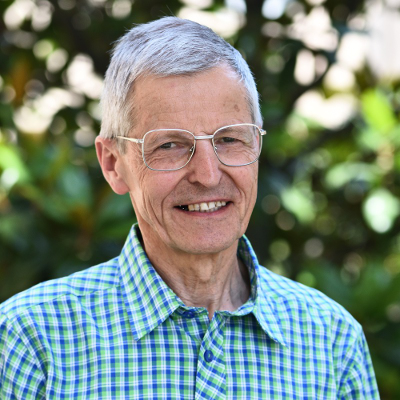 Born in 1949, Michel Peyrard studied physics at the University of Dijon. In 1972, he passed the highly competitive "agrégation"  in physics, and then, in 1981, he successfully completed a PhD thesis under the guidance of Michel Remoissenet and gained authorization to lead research in 1988.

He taught initially at the University of Dijon, but then joined the team at ENS de Lyon in 1992 as a professor of physics. Since 2010, Michel Peyrard has been Professor Emeritus at this institution where he has undertaken various responsibilities over the years. He was successively Director of the Department of Material Sciences (physics and chemistry); Director of the ENS de Lyon competitive entrance program; Chairman of the Commission of Specialists in physics; Member of the Board of Directors, Deputy Director (Vice-President) Head of Studies.

He was also a member of the board of Directors of the École de physique des Houches and a member of the Scientific Programming Council at the Henri Poincaré Institute in Paris.

For about ten years he worked both at the University of Dijon where he taught between October and March, whilst also working in foreign laboratories, in particular the Center for Nonlinear studies at the National Laboratory of Los Alamos (USA), where he conducted 6 months of full-time research from April to September.
His research focuses on non-linear oscillations in solids and macro-molecules, the statistical physics of nonlinear systems and the physics of biological systems.  In particular, he is currently working on the dynamics and statistical mechanics of denaturation and renaturation of DNA; The localization of energy in networks with applications to biophysics and heat transfer in nonlinear systems and friction at a mesoscopic scale.

Senior member of the IUF, since July 1997

Officer in the French Order of Academic Palms

Member of the Institute of Physics, United Kingdom