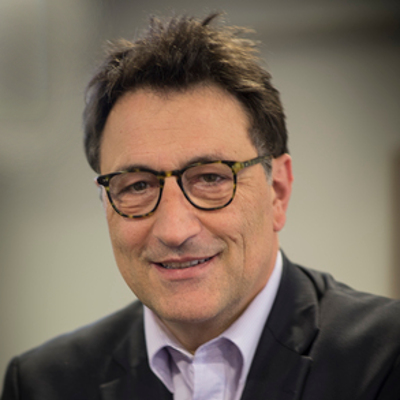 Born in 1958, a former student of the ENS in Paris (rue d'Ulm), Philippe Gillet completed his Ph.D. in geophysics at the University of Paris VII in 1983. He joined the University of Rennes I, as an assistant and then became a Professor in 1988 in the same university until 1992 when he left to work at the École normale supérieure de Lyon.

He devoted the first part of his scientific career to the formation of mountain ranges. At the same time, he developed experimental laboratory techniques to simulate the same pressure and temperatures that can be found deep inside planets.

In 1997, he began working on extraterrestrial matter. He was involved in the description of meteorites from Mars, the moon or planets that no longer exist. He participated in NASA's Stardust program and contributed to the identification of comet grains collected from the tail of Comet Wild-2 and brought back to Earth. These grains represent the first minerals of our solar system that were formed more than 4.5 billion years ago. He also worked on interactions between bacteria and minerals; Solid to glass transition under pressure under pressure; Experimental techniques (Diamond anvil cell, Raman spectroscopy, synchrotron X-ray diffraction, and electron microscopy).
Currently a professor at EPFL, Philippe Gillet is also active in science and education management.

He was head of INSU, president of the French synchrotron SOLEIL facility, the ANR and École normale supérieure de Lyon. He was then Cabinet Chief of Staff for Valérie Pécresse (Minister of Higher Education and Research) from May 2007 to March 2010, then Vice-President for academic affairs at EPFL in April 2010 and finally acting President of the institution from April 2013 to January 2014.

Philippe Gillet was awarded the distinction of Knight in the Order of the Legion of Honor.