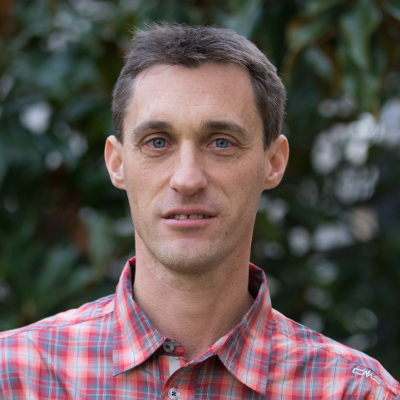 Born in 1973, Sébastien Manneville began studying at École normale supérieure in Paris, in 1992, where he obtained an MSc in physics, a Master's in Applied Mathematics and a third Master's in statistical physics and nonlinear phenomena.

In 2000, he defended a doctoral thesis on Sound-vorticity interaction and time-reversal, tools for acoustic characterization of vortex flows at the internationally renowned institution, ESPCI, in the city of Paris, under the supervision of Professor Mathias Fink. He then completed a post-doctoral internship in ultrasound imaging in the Department of Aerospace and Mechanical Engineering at Boston University.

In 2001, Sébastien Manneville was recruited to work for the CNRS, at the Paul-Pascal research center in Pessac. He gained his accreditation to supervise research in 2004. He has been a professor of physics at the ENS de Lyon since 2006.

His research aims to measure and understand the mechanical behavior of soft materials (gels, emulsions, particle suspensions) as a result of a deformation or shear flow. For this purpose, he has developed tools based on the use of ultrasound, using both low-power ultrasound imaging systems, and high-power, to trigger the structural reorganization of soft matter.

Junior member of the Institut universitaire de France in 2010