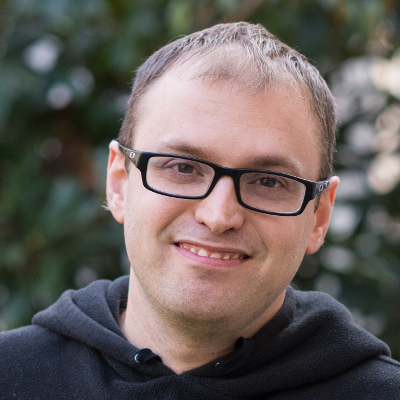 Sylvain Joubaud is a former student of ENS de Lyon (2002). After completing a thesis entitled Fluctuations in non-equilibrium systems in the Physics laboratory at ENS de Lyon, under the guidance of Sergio Ciliberto and Nicolas Garnier, he worked as a Visiting Professor whilst completing a post-doctorate program at the University of Twente in the Netherlands. He then focused on the hydrodynamics of granular medium.

Since 2009, Sylvain Joubaud has returned to ENS de Lyon as a lecturer in the Physics Laboratory. All the work he has done since is based on the same logic: development of simplified experimental models for the study of a problem and comparison of the results obtained by simplified theoretical modeling or development.

More recently, Sylvain Joubaud has initiated research on the multiphase flow dynamics by focusing on the dynamics and the mixture generated during the ascent of bubbles of air, known as bubble plumes, in a dense suspension (medium composed of a very large number of particles in a fluid).

In the last 3 years, he has also been very involved in the Department of Physics: coordinating internships and then responsible for the FEADéP’s Master’s degree (preparation for the prestigious agrégation in Physics).

The project "plumeX" aims to investigate, both experimentally and theoretically, the flow dynamics along with the heat and mass transfer induced by one or more well-controlled plumes (falling/rising column of high/low-density fluid due to concentration or temperature gradient) in the presence of either turbulence or non-Brownian suspensions.