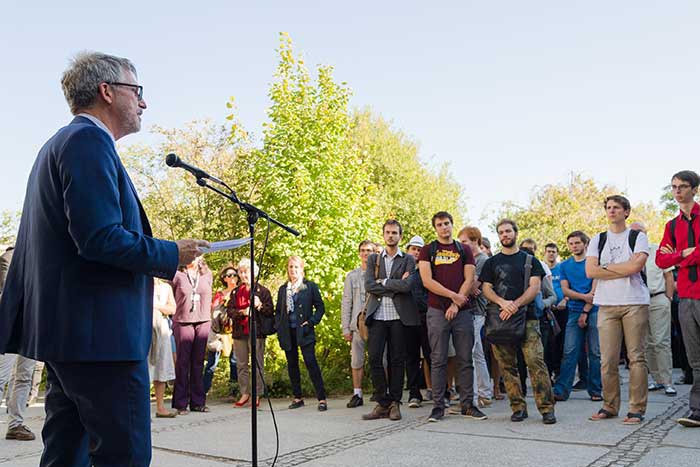 Alumnus of Saint-Cloud (1978-1982), Yanick Ricard has an interdisciplinary background in earth sciences.

After working at the École normale supérieure de Paris, he joined the ENS de Lyon in 1994.

CNRS Research director, he has led the School's Earth Sciences laboratory (ENS de Lyon-UCBL-CNRS) between 2000 and 2004. His research focuses on the interior of the Earth and solid planets.

Yanick Ricard was a member of the Editorial Board of the Geophysical International Journal and is editor of Earth and Planetary Sciences Letters since 2008. He received, among other awards, the CNRS silver medal in 2000.

Agnès Gahigi spent several years at the ComUE Université de Lyon where she was in charge of the operational coordination of the scientific component of the IdexLyon project. She worked for ten years at the Rhône-Alpes Regional Delegation for Research and Technology and also held positions in the international relations and valorisation departments at the Université Jean Monnet Saint-Etienne. Emmanuelle Boulineau is an alumnus of ENS Fontenay-Saint-Cloud (1994-1998) and has a PhD from the University of Paris 1 Panthéon-Sorbonne.

She is a professor at the School since 2019 and member of the UMR 5600 EVS. Her work focuses on territorial reforms in Central and Eastern Europe in the context of European accession and enlargement. She is the director of the GIS Connaissances de l'Europe médiane of the CNRS.

Emmanuelle Boulineau was head of the European and International Studies Master's degree (2016-2021), director of the Social Sciences Department (2016-2019) and project manager for the study vice-presidency.

Lyasid Hammoud holds a postgraduate degree in business law from the University of Rouen. Before joining the ENS de Lyon, he worked for France Telecom, the French Institute for Research in Computer Science and Automation (INRIA) and the French National Centre for Scientific Research (CNRS) – a career encompassing the legal, financial and human aspects of administration, as well as matters of technology transfer and partnerships.