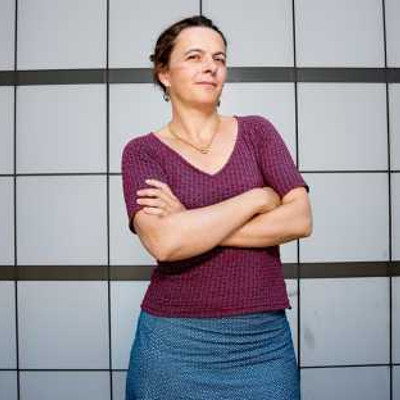 As a high school student, Alice Guionnet was not destined to have a brilliant career as a mathematician. And when she started studying at the École normale supérieure (ENS rue Ulm) in Paris, she had not yet intended to do research. Through the teaching of excellence programs taught at the ENS, Alice discovered a true passion for mathematics. Spurred by this passion, in 1995, she defended a thesis entitled Langevin's dynamics for spin glasses, studying the dynamics for the Sherrington-Kirkpatrick model for spin glasses. These models represent materials with impurities, which are presumed to be distributed randomly according to the choice of the sample.

Her research is generally motivated by an understanding of the analysis of the overall behavior of large-scale systems, often derived from physics, using ideas of large deviations, disparities of concentration and Functional analysis, as well as combinatorial or free probabilities.

In 2009, through her significant results in the field of random matrices, she became the first woman to win the Prix Loève, the most prestigious international award in the field of probabilities. The following year she was awarded the CNRS Silver Medal and, on 5 December 2017, she was elected a member of the Academy of Sciences for the Mathematics Section.

Alice Guionnet is currently Director of Research at the CNRS in the Unit of Pure and Applied Mathematics (UMPA) at École normale supérieure in Lyon, member of the Probabilities team, one of the 3 laboratories of Labex MILYON. Since 2016, she has also been the Director of the UMPA.

Member of the French Academy of Sciences in 2017

Silver medal from the CNRS in 2010