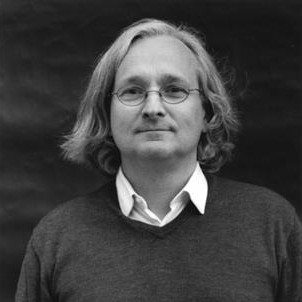 Born in 1954, Étienne Ghys is a French mathematician.

He was a former student the École normale supérieure de Saint-Cloud from 1974 to 1978 and holds an "agrégation" in mathematics. He followed the courses of Jean Giraud at ENS and Henri Cartan at the Faculté de Sciences d'Orsay, then completed his doctorate in 1979, defending a thesis on the locally free actions of the affine group under the supervision of Gilbert Hector. He was a cooperating scientist at the Instituto de Matemática Pura e Aplicada, Rio de Janeiro from 1979 to 1981. In 1986, he was granted an accreditation to lead research projects entitled Dynamic Systems and Laminates.

From 1988, he participated in the creation of the Unit of Pure and Applied Mathematics (UMPA) of the ENS de Lyon where he is currently CNRS director of research. His areas of research and publishing are mainly in geometry and dynamic systems and small-scale topology.

Étienne Ghys has been a member of the Academy of Sciences since 2005 and, since January 2018, he has belonged to the Scientific Council of National Education.

Permanent Secretary of the Academy of Sciences in 2018

Appointment to the Scientific Council of the National Education in 2018

Clay Prize for the Promotion of Mathematics in 2015

Corresponding member of the Academia Brasileira de Ciencias in 2014

Member of Academia Europaea since 2013

Knight of the Legion of Honour in 2012

SMF d'Alembert Award (with Alvarez and Leys) in 2010

D'Alembert Prize for the film "Dimensions... a mathematical walk" in 2010

Honorary doctorate from the University of Geneva in 2008

Plenary speaker at the Madrid International Congress in 2006

Member of the Paris Academy of Sciences in 2005

Corresponding member of the Academia Mexicana de Ciencias in 2002

Silver medal from the CNRS in 1991

Servant Prize of the Paris Academy of Sciences in 1990

A stroll in the mathematical world. This is neither an elementary introduction to the theory of singularities, nor a specialized treatise containing many new theorems. The purpose of this little book is to invite the reader on a mathematical promenade. We pay a visit to Hipparchus, Newton and Gauss, but also to many contemporary mathematicians. We play with a bit of algebra, topology, geometry, complex analysis, combinatorics, and computer science. Hopefully, motivated undergraduates and more advanced mathematicians will enjoy some of these panoramas.