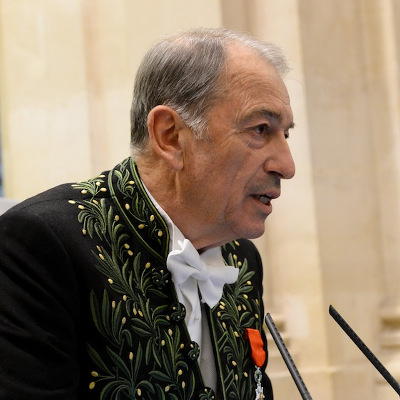 Christian Dumas, after a Bachelor's degree in elementary mathematics, he turned his interest to natural sciences and began a career as a secondary school teacher. After a few years, he resumed his studies and completed a PhD on plant secretions.

He worked as an Assistant Professor at the UCBL, and during this period, he carried out several post-doctoral internships abroad. He was also Visiting Professor in Japan and has worked in the United States many times as well as in China. He then taught at École normale supérieure in Saint-Cloud and later in Lyon when the School set up there in 1987.

During the course of his career, he has had various responsibilities in academic or private committees. For several years, he was also scientific director of the City of Lyon’s Botanical Gardens and has chaired the Federation of European Societies of Plant Biology and the Botanical Society of France. He was also head of the Plant Biology Department at INRA.

His research on pollen and fertilization led him to train and manage several teams. He created the Plant Reproduction and Development laboratory (RDP). This work led him to write several scientific publications, to give lectures in his native France and abroad, and even to make a film that earned him an award at the Palaiseau Science film festival, on the reproduction of maize. He also teaches and is involved in the publication of educational works or scientific expansion.

For all his work, he has been nominated Member of the Academy of Sciences, Associate member of the Royal Academy of Belgium, senior member of the Institut universitaire de France (IUF) and has also been promoted to the rank of knight in the French National Order of Merit.

Knight of the National Order of Merit in 2003

Member of the French Academy of Sciences in 2002

Member of the Institut Universitaire de France in 1996

Associate member of the Royal Academy of Belgium in 1994