Post-western Sociology in Europe and in China

Post-western Sociology in Europe and in China 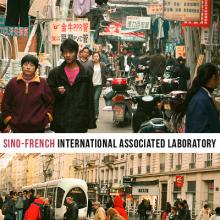 The International Associated Laboratory (LIA) Post-western Sociology in Europe and in China (created in 2013 and renewed in 2017) brings together the Triangle laboratory (Laurence Roulleau-Berger) in France and the Institute of Sociology/CASS (Li Peilin) in China.

This pioneering program sets out to contribute to analysis of the ways in which academic knowledge is produced and put to use in a world in which knowledge is circulating ever more quickly.

Taking the case of sociological research over the last thirty years and drawing on a comparison of academic trajectories and research practices in France and in China, the project aims to reveal the dynamics of knowledge exchange, evaluation and hybridisation that have developed beyond the hegemonic Western models, disrupting and challenging them. The challenge that has developed over the past twenty years is a major one, revolving as it does around the question of the international recognition of non-Western knowledge. The processes by which sociological knowledge is produced in France and in China vary in academic trajectory, posture and theoretical methodologies, which define specific spaces and shared spaces on the basis of research practices.

These spaces come into being on the basis of situated intellectual traditions, exchanges, borrowings and the appropriation of produced and inherited knowledge as well through the rejection, effacement or re-exporting of sociological knowledge that sometimes appears to be universal and sometimes becomes specific. Specific spaces and shared spaces in France and in China are producing Post-Western sociologies and transnational knowledge.

The results of this epistemological and methodological work will allow us to produce Post-Western Sociology.

What is a LIA? In order to structure collaboration between two research teams or laboratories (one in France and the other abroad) that already have joint publications, the creation of an International Associated Laboratory (LIA), a “laboratory without walls”, can be requested. The relationship between the two partners is formalized through a contract signed by the heads of both organizations, with provisions covering issues such as intellectual property rights. Human and material resources are pooled to carry out the project. Teams or laboratories associated through an LIA retain their separate autonomy, status, Director and location. The LIA activities are coordinated by two co-principal investigators and by a scientific steering committee.